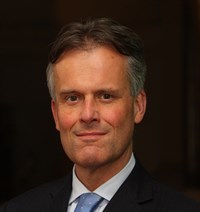 It is a great pleasure to welcome you to the second edition of the guide to doing business in Angola.

Angola, the third-biggest economy in Sub-Saharan Africa, is going through a period of significant change. The worldwide low oil prices are speeding up the Angolan Government’s efforts to diversify the economy. While challenges undoubtedly remain, there are exciting opportunities in which British companies can and should be at the forefront. Agriculture, renewable energy, infrastructure, and education are among the many major sectors in need of UK expertise and investment and are at the forefront of our High Level Prosperity Partnership (HLPP) with Angola. British companies are welcome in Angola and are well placed to take advantage of this phenomenal growth.

Year on year we see increases in the momentum in investment and trade relations between our two countries, in both directions and in our mutual interest. This autumn alone we have four inward trade missions planned, along with a GREAT month in November. More missions are already in the pipeline for next year. Interest from UK companies in this market shows no abating. UK exports grew by 36% in 2014 alone.

Our trade with Angola and UK investment in the market (the UK’s fourth largest export destination in Africa) have been growing fast. Further developing our trade and business relationship with Angola is a very high priority for the British Government. There is immense demand in Angola for good quality British products, services and expertise; and there is already a substantial volume of business; but we can do more.

The Team in the British Embassy here in Luanda stands ready to assist you in any way we can. These are truly exciting times for business in Angola and I wish you every success.